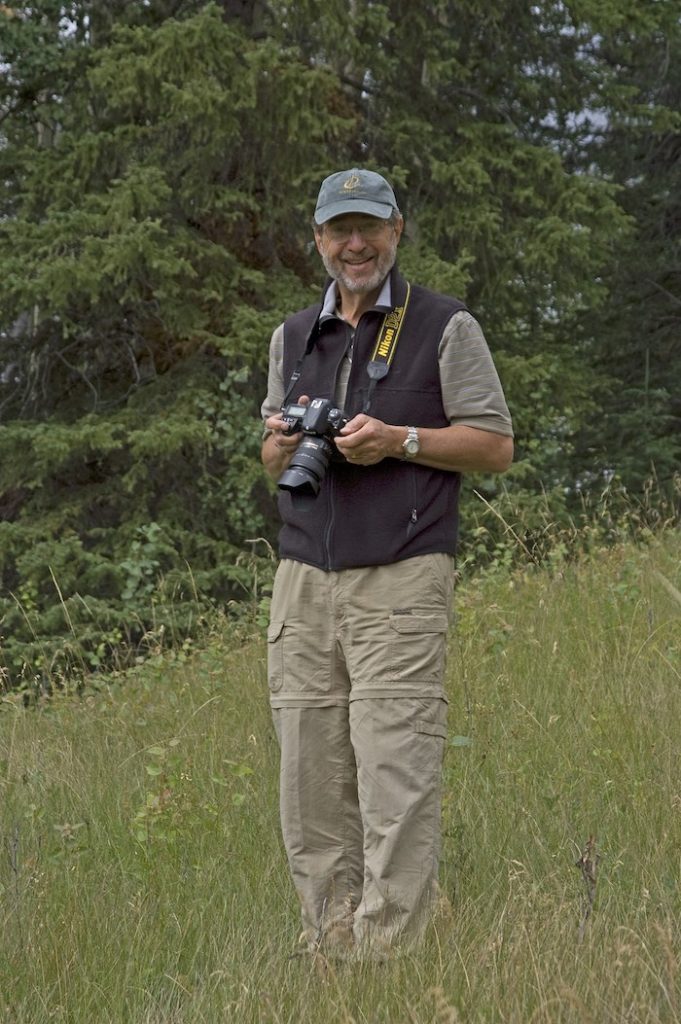 Born and raised in Nashville, Tennessee, David Halpern also lived in Louisville, Kentucky, St. Louis, Missouri and Tulsa, Oklahoma before moving to his present home in Santa Fe, New Mexico. A graduate of Vanderbilt University, his career includes twenty-seven years as a commercial photographer and prior to that, seventeen years in advertising and marketing. An experienced teacher of photography in the classroom and workshops, David’s an avid traveler and a prolific writer. He’s served thirteen times as a National Park artist-in-residence—at Rocky Mountain National Park, Bryce Canyon National Park, Black Canyon of the Gunnison, Glacier National Park, and Acadia National Park. Between 2014 and 2018 he helped to create the artist-in-residence programs for Bandelier and Salinas Pueblo Missions National Monuments in New Mexico, while serving as those parks’ first A-I-R program participant. Since 1973, his photographs have been exhibited annually in museums and galleries across America, and he has received numerous awards. He’s photographed a wide range of subjects throughout the United States, and in Canada, Australia, New Zealand, China, South America, England, Scotland, Italy, Iceland, Africa and Greece. His most recognizable images until 1997, were his large format black and white prints of the American Landscape. Since 1997, however, virtually all his photographs have been made with digital cameras in both black and white and color.

David’s notable projects have included Pilgrim Eye, a revealing presentation of his lifelong journey of self-discovery through landscape photography, Prairie Landsmen, a documentary study of the Jews of Oklahoma–undertaken in cooperation with the Sherwin Miller Museum of Jewish Art, in Tulsa, Oklahoma, and By a Clearer Light, an exhibition of his work as a National Park artist-in-residence that traveled for five years throughout the contiguous States under the auspices of ExhibitsUSA, a division of the Mid-America Arts Alliance. His photographs were featured in the 1980 book, Tulsa Art Deco, re-published in December 2001, by the Tulsa Foundation for Architecture. The Essence of Place, his most recent museum exhibition hung at the Gilcrease Museum (Thomas Gilcrease Institute of American History and Art) in Tulsa, Oklahoma, from November 22, 2016, through March 31, 2018.

David is a life member of the American Society of Media Photographers and in October 2004, he was inducted into the Tulsa Historical Society’s Hall of Fame.

Recognition, Exhibitions, Publications (In chronological order):
(Most art gallery shows have been eliminated from this vita.)

· Two prints purchased under the GSA’s Art-in-Architecture program for permanent exhibition in the Alfred P. Murrah Federal Office Building, Oklahoma City. (The first time photographs had been included in such a purchase.)
· One-man exhibitions, Philbrook Art Center, Tulsa, Museum of the Great Plans, Lawton, OK and The Museum of the Great Prairie, Altus, OK.

· Produced all the contemporary architectural photography for the book, Tulsa Art Deco, An Architectural Era, 1925- 1942.

· One-man Exhibition, By a Clearer Light, commemorating the 75th anniversary of the National Park Service (traveling to 40 venues):

· (Beginning in June, 1995)-Solo exhibition Prairie Landsmen, The Jews of Oklahoma, at the Fenster Museum of Jewish Art, Tulsa, OK. A selection of images from the photographer’s ongoing documentary project, funded by grants from the Oklahoma Museums Association, the Tulsa Jewish Federation Foundation, The Charles and Lynn Schusterman Family Foundation, and other private contributions.

By a Clearer Light became a permanent part of the National Park Service collection and is held in the archives at Rocky Mountain National Park, Colorado.

· Received a Gold Award for the book, Tulsa Art Deco, from Graphex 33, the Regional Competition sponsored by the Art Directors’ Club of Tulsa.

· Assumed role of acting administrator of The Sherwin Miller Museum of Jewish Art, Tulsa, OK, A full-time volunteer position that continued until January 2004.

· Inducted into the Tulsa Historicasl Society’s Hall of Fame.