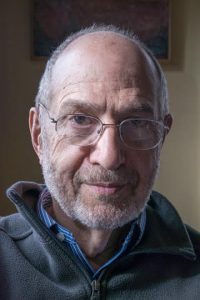 As a child, I remember seeing photographs of a tree in California that was so large that a tunnel that cars could drive through had been carved through its base. That tree was a giant Sequoia, named the Wawona Tree, located in the Mariposa Grove at Yosemite National Park. It was the first Sequoia tree I’d heard of and from that moment it was something I wanted to see for myself.

In 1952, my parents took my brother and me on a driving tour of the West from our home in Nashville to the Pacific Coast and back. We followed Route 66 to Los Angeles and then headed north to San Francisco, returning by a northerly route. We did visit Muir Woods, where I first saw Redwood trees, but our route didn’t include any of central California or Yosemite and Sequoia National Parks.

When I took my own family on a similar tour in 1970, we included Yosemite in our itinerary, but we didn’t visit the Mariposa Grove, and Sequoia was too far south to fit into our schedule. So, a trip to see the Sequoias remained to be added to my bucket list.

With the Covid pandemic and our self-imposed confinement to New Mexico behind us (except for a couple of extended weekends in Colorado visiting family), Sue and I began to schedule our first real getaway since early 2020. We decided to make it a driving trip to Sequoia and Kings Canyon National Parks…without other scheduled destinations. It was to be a leisurely drive over two-and-a-half days with overnight stops in Flagstaff, Arizona, and Barstow, California, before entering Sequoia at The Three Rivers entrance. As tempting as it might have been to include side trips to the south rim of the Grand Canyon and Petrified Forest, we resisted.

On September 5th, Labor Day, we drove through Sequoia’s entrance station and followed the winding and climbing Governors Highway for two hours and 3000 feet until we reached the Wuksachi Lodge where we’d reserved a room for our entire stay. It was perfectly located not far from the northern border of Sequoia, which is also the southern boundary of Kings Canyon. The two parks are jointly managed. Sequoia was created in 1890 and was our country’s second national park, and Kings Canyon was designated a national park in 1940.

Our first day was about orientation. I used my iPhone to document locations I could return to for thoughtful photography. The plan was to spend four nights and five days in the park before returning to Barstow on the evening of Friday, September 9. That might seem to be a short stay for a serious photographer, but I now find myself limited to short hikes, and while I don’t prefer working from the side of the road, long treks into the forests and up mountains have become things of the past. I console myself by recalling that Fred Picker (photographer known for creating the Zone VI view cameras), said he never felt a need to stray far from the roadside.

I had some ideas about what I would see in Sequoia before this trip, but I had few preconceptions regarding Kings Canyon. A few people had told me that it is beautiful or impressive, but I found it a rival to Yosemite. No one had told me how deep the canyon is. The fact that it reaches a maximum depth of 8200 feet when measured from the summit of Spanish Mountain to the confluence of the middle and south forks of the Kings River was a total surprise. There are differing views about whether it is the deepest canyon in the country, or whether that title belongs to Hells Canyon on the Snake River, along the Idaho-Oregon border. That doesn’t really matter to me. I’ve been to a lot of canyons and depth alone doesn’t make one more remarkable than another.

I’ll write more about my experiences in these two parks in a later post. I’m still digesting my thoughts and sorting through images. Oh…in case you’re wondering, there still is a tunnel log in Sequoia, through a tree that fell and was too heavy to move, but the Wawona Tree in Yosemite fell over in 1969. 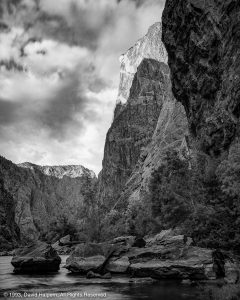 In the fall of 1993, I was working as artist-in-residence